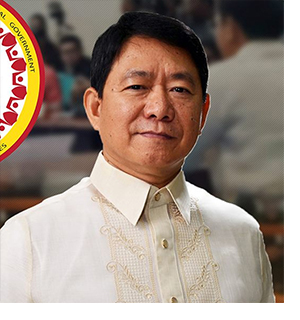 Eduardo Año is the secretary of the Department of the Interior and Local Government. During his active military career, he consistently ranked number one in all his military courses either local or foreign. In 1993, Año finished at the top of his class in the International Officer Intelligence Course at Fort Huachuca, Arizona, USA, earning a perfect rating of 100 percent, a feat that remains unchallenged up to this date. 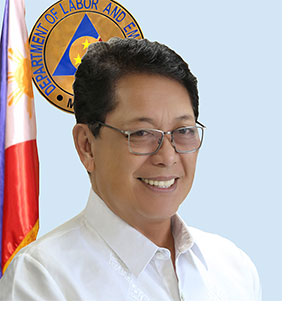 Silvestre Bello III is currently the Secretary of the Department of Labor and Employment. He previously held the positions of Secretary and Undersecretary in the Department of Justice under the C. Aquino and Ramos Administrations, Solicitor General from 1996 to 1998, and Secretary to the Cabinet from 2008 to 2010. Aside from being a public servant, he is also a lawyer, human rights advocate and a peace worker. He was the Cabinet Oversight Officer for IP and NCIP Matters from 2008 to 2010 and was the Chairman of the GRP Negotiating Panel for Talks with the CPP/NPA/NDF from 2001 to 2004. He is also part of organizations such as the Free Legal Assistance Group and International Initiatives Dialogue, and currently a member of the Board of Directors of the Camp John Hay Development Corporation, CAP Realty, Inc., College Assurance Plan, Comprehensive Annuity Plan & Pension Corp., CAP Life Insurance Corp., and CAP General Insurance Corp. Bello obtained his law degree from the Ateneo de Manila University. 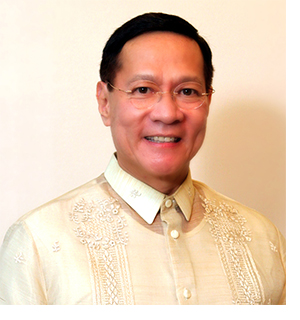 Francisco Duque III was born in Dagupan City to former Pangasinan Governor Francisco Duque Jr. and Florencia Tiongson. He completed his medical education at the University of Santo Tomas in 1982. In 1987, he earned a Master of Science degree from Georgetown University in Washington, DC. He subsequently excelled in the Executive Education on Health Program Management of the distinguished Harvard University School of Public Health in 1992. Duque was PhilHealth President and CEO from 2001–2005, and later became the Health Secretary from 2005–2010. Appointed in 2010 as Chairman of the Civil Service Commission, he was instrumental in developing the Commission’s Roadmap for Development and Reforms for 2010–2015. Prior to being appointed anew as Health Secretary in October 2017, he served as the Chairman of the Board of the Government Service Insurance System. For his tireless efforts in implementing good governance programs and unwavering commitment to reforms, Duque was inducted to the roster of Institute for Solidarity in Asia–Governance Reform Fellow in April 2013. 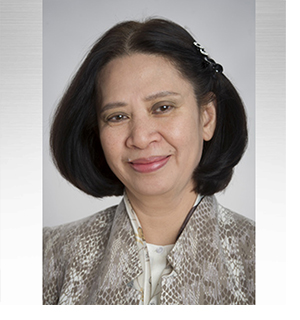 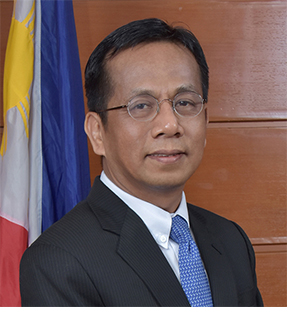 Arsenio Balisacan is an economist with extensive high-level policymaking practice and a well-recognized expert in Asia on economic development, inequality and poverty, antitrust (competition policy), and political economy of policy reforms.

On secondment from the University of the Philippines (UP) where he is a Professor of Economics, Balisacan is serving as the first Chairperson of the Philippine Competition Commission. Prior to this appointment, he was Socioeconomic Planning Secretary and concurrent Director-General of the National Economic and Development Authority from 2012 to 2016.

Previous to his Cabinet appointment, he was Dean of the UP School of Economics, Director-Chief Executive of the Southeast Asian Regional Centre for Graduate Study and Research in Agriculture, and Undersecretary of the Department of Agriculture. Before joining the UP faculty in 1987, he was Research Fellow at the East-West Center in Honolulu and Economist at the World Bank in Washington, D.C.

He is a lifetime Member-Academician of the National Academy of Science and Technology, the country’s peer-elected group of select individuals who have made outstanding contributions to science and technology. 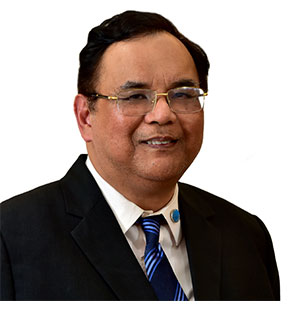 Francisco Dakila Jr. is the Deputy Governor of the Monetary and Economics Sector at the Bangko Sentral ng Pilipinas (BSP). Prior to this, he was the Assistant Governor of the Monetary Policy Sub-Sector, BSP. He provided highly technical advisory support on matters relating to the formula He provided highly technical advisory support on matters relating to the formulation, implementation, and assessment of policies and programs in his areas of specialization, which include the monetary, external, real, and financial sectors. Before joining the BSP, he worked at the US Agency for International Development and the Agricultural Credit Policy Council. He also taught at the University of the Philippines (UP) School of Economics and De La Salle University-Manila. He received his MA and PhD in Economics and BS in Economics (magna cum laude) from the UP School of Economics. He is a lifetime member of the Philippine Statistical Association and the Philippine Economics Society, where he also served as Secretary and Board Member from 2005 to 2006. He is also a member of the International Input-Output Association. He is currently an Associate Editor of the Philippine Review of Economics. He has published papers at the Philippine Review of Economics, Philippine Statistician, Bangko Sentral Review, and BSP Working Paper series, as well as chapters in several publications of the BSP, including Money and Banking in the Philippines: Perspectives from the Bangko Sentral ng Pilipinas, and Philippine Central Banking: A Strategic Journey to Stability. 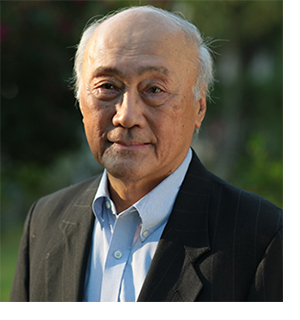 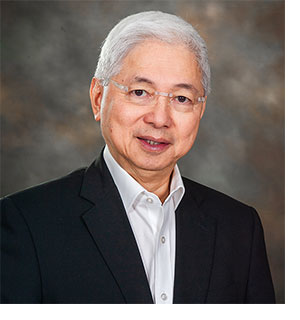 Prior to UP, Pascual worked for 19 years at the Asian Development Bank (ADB) in such positions as Director for Private Sector Operations, Director for Infrastructure Finance, and Advisor for Public-Private Partnership. He had stints in ADB’s resident office in India and Indonesia. He represented ADB as director in several ADB investees (e.g., banks, funds, financial institutions, and manufacturing companies) in China, India, and Philippines.

Earlier on, he took on an educator role for 10 years as American Express Foundation Professor of Finance in the Asian Institute of Management.

Pascual is Trustee of SharePHIL, Life Member of FINEX, a two-term Governor of Management Association of the Philippines, and immediate past President of Rotary Club of Makati. 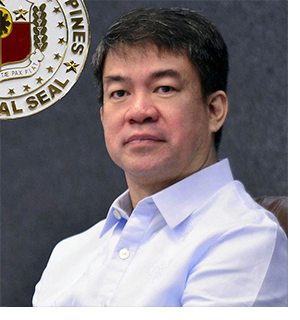 Aquilino “Koko” Pimentel III is the son of former Senate President Aquilino “Nene” Pimentel Jr., of Mindanao and Ilocos Norte, and Mrs. Lourdes de la Llana of Zambales. Born on January 20, 1964, in Cagayan de Oro City, Pimentel received his Law degree from the University of the Philippines (UP) and topped the Bar Examinations in 1990 with a grade of 89.85 percent.  He was awarded Doctor of Humanities (Honoris Causa) by the Polytechnic University of the Philippines in 2012 and Doctor of Laws (Honoris Causa) by the UP in 2017. He became senator in August 2011 after he won his election protest and was re-elected in the 2013 and 2019 elections. Pimentel is a founding member and the President of the Partido Demokratiko Pilipino Lakas ng Bayan or PDP Laban.  He is an untiring advocate of the federal system of government and aims to lead the Philippines towards a just, safe, democratic, and peaceful society, and a citizenry that is educated, happy, patriotic, and God loving.