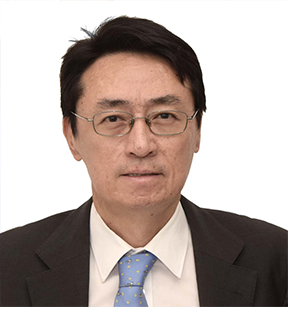 Donghyun Park is a Principal Economist at the Economics Research and Regional Cooperation Department of the ADB. Prior to joining ADB in April 2007, he was a tenured Associate Professor of Economics at Nanyang Technological University in Singapore. Park has a PhD in economics from the University of California, Los Angeles. His main research fields are international finance, international trade, and development economics. He has published extensively in journals and books on policy-oriented topics relevant to Asia’s long-term development, including demographic transition, service sector development, and financial sector development. Park plays a leading role in the production of the Asian Development Outlook, ADB’s biannual flagship publication on macroeconomic issues, and leads the team that produces the Asia Bond Monitor, ADB’s quarterly flagship report on emerging Asian bond markets. 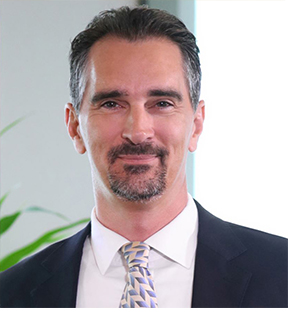 Gabriel Demombynes is the World Bank’s Program Leader for Human Development for Brunei, Malaysia, Philippines, and Thailand. Based in Manila, he leads the Bank’s program in those countries in the areas of education, health, nutrition, population, social protection, jobs, and poverty reduction.

Previously, Demombynes was Senior Economist for poverty and equity issues in Viet Nam. He has also held posts working on Latin America and the Caribbean while based in Washington, D.C., and on Kenya and South Sudan while based in Nairobi. Prominent examples of his work include critiques of the Millennium Villages Project evaluation, a study of infant mortality in Kenya, the development of innovative approaches to surveys in South Sudan, studies of crime and violence in Central America and the Caribbean, and elements of the Bank’s “Vietnam 2035” report. His work has been published in academic journals and cited in the Financial Times, the Washington Post, and Economist magazine.

He has taught economic development at the Johns Hopkins School of Advanced International Studies and was Economic Policy Advisor to Howard Dean during his 2003-04 US presidential campaign. Demombynes holds a PhD in Economics from the University of California-Berkeley and bachelor’s degrees in Civil Engineering and Humanities from the University of Texas at Austin. 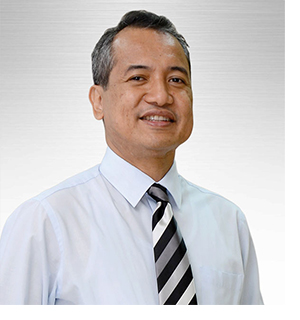 Roehlano Briones is Senior Research Fellow at the Philippine Institute for Development Studies where he conducts policy research for the Philippine government particularly in agricultural policy. He has authored numerous published research papers and co-edited four books, on the economics of agriculture and natural resources, rural development, food security, international trade, and the macro economy. He is a Board Member of the consultancy group Brain Trust Inc., past Board Member of the Philippine Economic Society, as well as Fellow of the Foundation for Economic Freedom. He has also provided technical assistance to government agencies in Thailand, Indonesia, and Viet Nam, and various Association of Southeast Asian Nations bodies, while consulting for international donor agencies. Previously, he was Assistant Professor at Ateneo de Manila University and University of the Philippines (UP) Los Baños. He obtained his PhD from the UP School of Economics in 2000 and did postdoctoral research at the WorldFish Center in Penang, Malaysia. In 2017, he was the UP Los Baños College of Economics and Management Outstanding Alumnus for Economics and Public Policy. 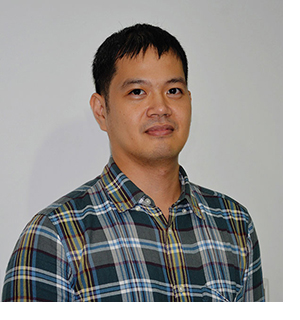 Francis Mark Quimba is a Research Fellow at the Philippine Institute for Development Studies and Director of Philippine APEC Study Center Network.  He has worked on a number of research topics including agriculture, trade, and rural development. He is currently working on quantifying the impact of external linkages on product innovation of Philippine firms.  He obtained his PhD in Development Economics from the National Graduate Institute for Policy Studies, Tokyo, Japan. 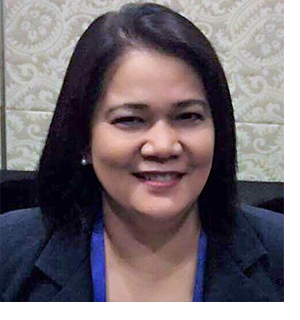 Ma. Corazon Dichosa is a career executive with 25 years in the Board of Investments (BOI). She is currently the Executive Director of the Industry Development Services. She is tasked to handle industry-related matters and policy of the agency. She has handled various assignments in BOI, from industry development to international marketing and international negotiations. She also handles environmental policy matters, the agency’s Performance Governance Scorecard, and Information and Communication. Dichosa is a graduate of BS in Chemical Engineering and MS in Environmental Engineering from the Mapua Institute of Technology and Bachelor of Laws from the Adamson University. 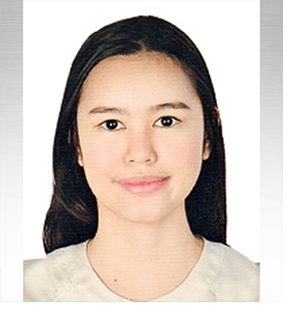 Kristina Baris has been a Research Associate for Asian Development Bank since the beginning of 2018 with expertise in international trade, global value chains, and energy capacity-building. She was previously Project Finance Manager for Bergs Energy Consulting. For over six years, Baris held a variety of positions in energy consulting, project management, research, community engagement, and strategy with Bergs Consulting. Prior experience was with the Development Bank of the Philippines and IBM Philippines. She holds a Bachelor of Science in Management from the Ateneo de Manila University and a double master’s degree (magna cum laude) in international business and economics from University of Pavia in Italy and Strasbourg University in France. 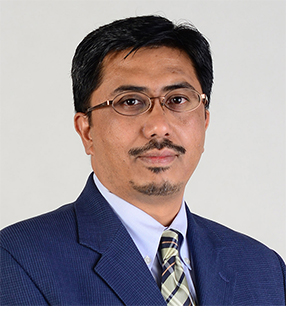 Shandre Mugan Thangavelu is currently the Vice-President of Jeffrey Cheah Institute for Southeast Asia and Senior Fellow at Jeffrey Sachs Centre for Sustainable Development at Sunway University, Malaysia. He also holds a joint appointment as Regional Director (Southeast Asia) at the Centre for International Economic Studies, Institute of International Trade, University of Adelaide, Australia. He is also the Director of Asia Growth Research Centre at University of Adelaide. Thangavelu was also appointed into the Governing Board for the Work, Safety, Health Institute of Singapore. He is also a member of the Competition Commission Appeal Board in Singapore. Thangavelu was the Managing Editor of Asian Economic Journal in 2009 and has been serving as its Editor since 2018. He was also appointed as a Fellow at the Economic Research Institute for ASEAN and East Asia in 2017. 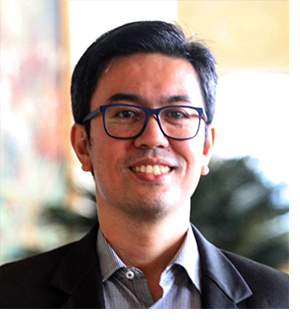 Jove Tapiador is a Co-Founder, Trustee, and past Chairman of the Fintech Philippines Association. He brings to the table more than 20 years of combined experience in the fields of general consulting, electronic payments, rural banking, microfinance, and community development, with more than 10 years of that in leadership positions as head of department units or regional units at the Director, Vice President, or Senior Manager level. Over the years, his work allowed him to train and support more than 1,000 rural bankers and cooperative leaders representing more than 420 rural banks and 30 cooperatives with direct impact to more than 190,000 mostly low-income clients throughout the Philippines. He has provided project consulting services for clients such as the Asian Development Bank, US Agency for International Development, World Health Organization, Philippine Red Cross, and the Shell/Chevron-supported Malampaya Foundation. Tapiador earned his Master’s degree in Entrepreneurship from the Asian Institute of Management and his Bachelor of Science degree major in Environmental Science from the Ateneo de Manila University. He has also won awards such as the Most Valuable Player Award (2017 Technology for Development Contest) for global development firm Chemonics International; and Finalist, 2018 Singapore Fintech Festival-Manila Roadshow Pitchfest. 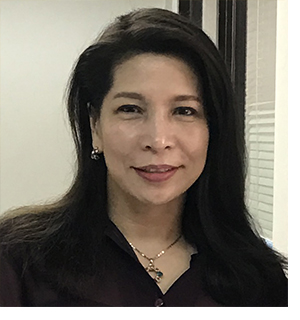 Imelda Tiongson is the President of a multibillion ING-informed special purpose vehicle company, Opal Portfolio Investments (SPV-AMC) Inc. She is part of the Board of Directors of Fintech Global Resources Inc. and a member of the Board of Trustees of Fintech Philippines Association and Fintech Alliance. Tiongson has over 20 years of local and overseas banking experience, holding positions such as Senior Corporate Banker at National Australia Bank and Senior Vice President at Philippine National Bank. She was also a lecturer for various institutions such as the World Bank International Finance Corporation, Institute of Corporate Directors, and Ateneo Graduate School of Business. Tiongson obtained her BS in Business Administration degree with a focus in Accountancy and Business/Management from the Royal Melbourne Institute of Technology in Australia. 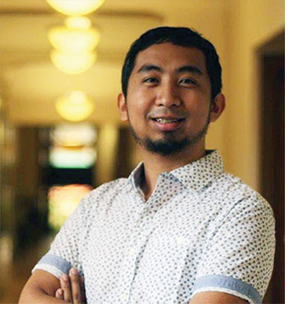 Michael Ralph Abrigo is a Research Fellow at the Philippine Institute for Development Studies, where he coordinates the Institute’s research program on population, health and nutrition policy. He is a member of the National Transfers Account Project, a global network of researchers and academics that constructs and analyzes economic lifecycle accounts that measure how people at each age produce, consume, share resources and save for the future. In 2016, prior to his return at PIDS, he was a post-graduate Research Fellow at the East-West Center in Honolulu. He holds a Ph.D. in Economics from the University of Hawai`i at Manoa, where he was a recipient of the 2016 Burnham O. Campbell Dissertation Award in Economics for his work “Health over the Lifecycle: Essays on Health and Family”. He obtained his Master of Statistics and B.A. in Development Studies (magna cum laude) degrees from the University of the Philippines.