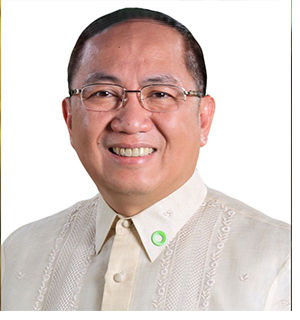 Emmanuel de Guzman was appointed Commissioner of the Philippine Climate Change Commission (CCC) in September 2015. He is an international expert on disaster risk reduction (DRR) and climate change adaptation (CCA), a public health specialist, and an economist, with more than 30 years of experience in public policy and civil society, including over 20 years of professional work in the fields of DRR, CCA, and humanitarian action at national and international levels. De Guzman has worked in the Philippine Government under four administrations. He was director at the Department of National Defense and deputy administrator at the Office for Civil Defense-National Disaster Coordinating Council, 1998-2001. He was advisor on contingency planning at the National Security Council, 1997-1998. He was head executive assistant and national program manager at the Department of Health, 1986-1997.Outside the government, De Guzman advised national and local government agencies and international and regional organizations, including the United Nations system, on sustainable development, health emergency preparedness and crisis management, multihazard early warning and early action, gender mainstreaming, public-private partnership, and policy leadership and advocacy on DRR-CCA.As an international advisor on DRR-CCA, he had carried out work in Bangladesh, Bhutan, Cambodia, China, Cuba, Indonesia, Japan, Korea, Laos, Malaysia, Maldives, Nepal, Sri Lanka, Switzerland, and Viet Nam. He was senior regional expert on disaster risk management of the ASEAN Secretariat in 2006 and 2013. He also served as senior advisor on disaster risk reduction of the World Meteorological Organization and the UNISDR (now UNDRR) in Geneva, Switzerland, and promoted high-level policy advocacy and action, and multistakeholder partnership on DRR-CCA, 2007-2015. As Climate Change Secretary, De Guzman has led the negotiations by the Philippines on the Paris Climate Change Agreement since COP21 of 2015. 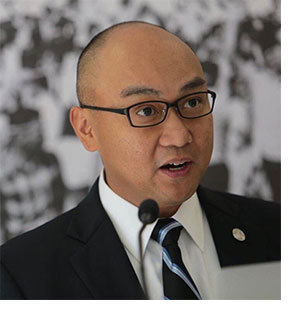 Ronald Mendoza is Dean and Professor of Economics at the Ateneo School of Government. From 2011 to 2015, he was an Associate Professor of Economics at the Asian Institute of Management (AIM), and the Executive Director of the AIM Rizalino S. Navarro Policy Center for Competitiveness. Prior to that, he was a Senior Economist with the United Nations in New York. His research background includes work with UNICEF, UNDP, the Federal Reserve Bank of Boston, the Economist Intelligence Unit, and several Manila-based non-governmental organizations. Mendoza obtained his Masters in Public Administration and International Development from the John F. Kennedy School of Government, Harvard University, and his MA and PhD in Economics from Fordham University. He is a recipient of various awards, including the 2012 National Academy of Science and Technology’s Ten Outstanding Young Scientist in the Philippines (in Economics), the World Economic Forum’s Young Global Leaders in 2013, and Devex 40 Under 40 Development Leader in 2013. Susan Mercado is a medical doctor and public health expert with over 30 years of experience in national and international public health systems. She is a recognized woman leader for transformative public health through her engagement in media, civil society, and humanitarian action. In the past 15 years, she had a distinguished career with the World Health Organization (WHO), where she led the response to some of the most complex challenges of public health today. From 2013 to 2015, she was the first Director of the Division of Noncommunicable Diseases and Health through the Life-Course, WHO Western Pacific Regional Office. In 2017, she was named a Distinguished Alumni in Global Health by the University of the Philippines (UP). She was also recognized as one of the 100 most influential Filipina women in world in the category of Innovator and Thought Leader by the US-based Filipina Women’s Network in 2018. Recently, she was designated as Special Envoy of the President for Global Health Initiatives. Mercado has an AB Philosophy (magna cum laude), Doctor of Medicine, and Master of Public Health degrees from UP. 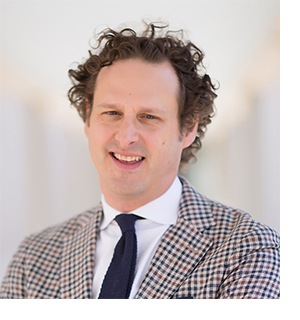 Gavin Yamey is Professor of the Practice of Global Health and Public Policy, Director of the Center for Policy Impact in Global Health, and Associate Director for Policy at the Duke Global Health Institute. He trained in clinical medicine at Oxford University and University College London, medical journalism and editing at the British Medical Journal (BMJ), and public health at the London School of Hygiene and Tropical Medicine. He was Deputy Editor of the Western Journal of Medicine, Assistant Editor at the BMJ, a founding Senior Editor of PLOS Medicine, and the Principal Investigator on a USD 1.1 million grant from the Bill & Melinda Gates Foundation to support the launch of PLOS Neglected Tropical Diseases. In 2009, he was awarded a Kaiser Family Mini-Media Fellowship in Global Health Reporting to examine the barriers to scaling up low-cost, low-tech health tools in Sudan, Uganda, and Kenya. Yamey previously served on three international health commissions: the Lancet Commission on Investing in Health, the Lancet Commission on Global Surgery, and the Lancet Commission on TB. He has been an External Advisor to the WHO and  TDR, the Special Program for Research and Training in Tropical Diseases. 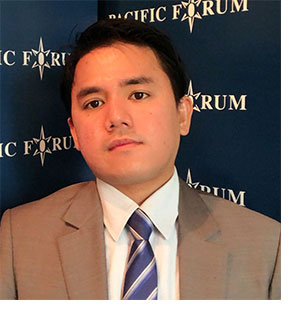 Jeffrey Ordaniel is Assistant Professor of International Security Studies at Tokyo International University (TIU) in Japan. He is also a fellow at TIU’s Institute for International Strategy, working on research projects mainly related to maritime security in Asia, as well as ASEAN regionalism, and broadly, US alliances and engagements in the Indo-Pacific. From December 2016 to March 2019, he was the holder of the endowed Admiral Joe Vasey Fellowship at the Pacific Forum. While in Hawaii, his work centered on the Forum’s Security Cooperation Program, aimed at stimulating cooperative policies in the region through rigorous research, analyses, and dialogues. He holds a PhD in International Relations and specializes in the study of offshore territorial and maritime entitlement disputes in Asia. Some of his works have been published by the International Studies Review, The National Interest, Pacific Forum’s Issues and Insights and PacNet Commentaries, The Diplomatic Courier, East Asia Forum, and The Strategist, among others. 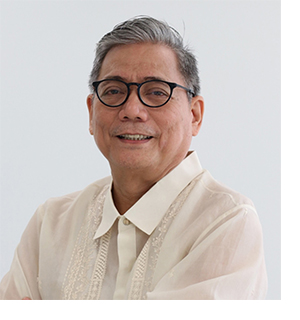 Winfred Villamil is Senior Lecturer at the School of Economics of De La Salle University. He earned his MA and PhD degrees in Economics at the UP School of Economics. He has done research and published in the areas of regional economics and human resource economics particularly on migration, education and training, and child labor. He also worked as consultant for various agencies of the Philippine government and international development agencies such as the ADB, UNDP, ILO, and UNICEF. 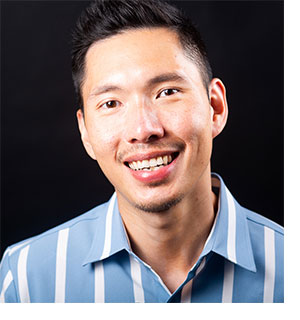 Jonathan Corpus Ong (PhD, Cambridge) is Associate Professor of Global Digital Media in the Department of Communication, University of Massachusetts at Amherst, USA. He is the Co-Editor-in-Chief of the journal Television and New Media. His expertise is on the social and moral consequences of media in the everyday lives of vulnerable communities, particularly in the Global South. He has recently written the public report “Architects of Networked Disinformation: Behind the Scenes of Troll Accounts and Fake News Production in the Philippines” (2018), funded by the British Council. He is author of the book, The Poverty of Television: The Mediation of Suffering in Class-Divided Philippines (Anthem, 2015), and co-editor of the volume, Taking the Square: Mediated Dissent and Occupations of Public Space (Rowman and Littlefield, 2016). 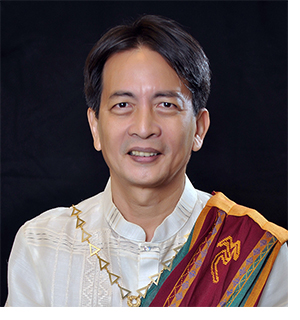 Michael Tan is a medical anthropologist, a National Academician, and Professor Emeritus of the University of the Philippines (UP). He is currently the Chancellor of UP Diliman, a position he held since 2014. In addition, he is a Clinical Professor at the College of Medicine at UP Manila where he directs a graduate degree program in medical anthropology. His areas of concentration are in the cultures of health and wellness, gender and sexuality, anthrozoology, culture and ethics, linguistic anthropology, Southeast and East Asian studies, and diaspora studies. He has served in local and international health committees in the Department of Health and the WHO. He has also served as a consultant with various organizations including UNICEF, DANIDA, EU, and the Rockefeller Foundation. Tan has published extensively including several books and articles in scholarly journals. He graduated with a Doctor of Veterinary Medicine degree from the University of the Philippines and a PhD in social and political science from the Medical Anthropology Unit of the University of Amsterdam. 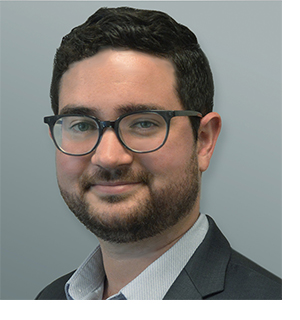 Alan McQuinn is a senior policy analyst at the Information Technology and Innovation Foundation. He writes and speaks on a variety of issues related to information technology and Internet policy, such as cybersecurity, privacy, blockchain, fintech, e-government, Internet governance, intellectual property, and aerospace. He was previously a telecommunications fellow for Representative Anna Eshoo (D-CA). McQuinn graduated from the University of Texas at Austin with a BS in public relations and political communications and a minor in Mandarin Chinese. 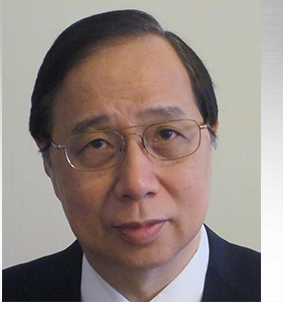 Calixto Chikiamco is a business process outsourcing and internet entrepreneur, a book author, and a writer on political economy. He has published a book, The Way Forward: The Path to Inclusive Growth in 2016. He is a co-author of a forthcoming book titled, Momentum: Economic Reforms for Sustaining Growth, due in October 2019. He serves as a property rights consultant to The Asia Foundation and is currently President and Co-Founder of the Foundation for Economic Freedom, an organization advocating economic and political liberty, good governance, and secure and well-defined property rights.